Babies’ experiences of relationships shape brain development.  That’s why emotional connection matters so much for them.

Neuroscientific discoveries over the past two decades have given us a much better understanding of human brain development and why early life events have such a lasting impact on neural pathways.

Babies’ brains are not complete at birth.  They are biologically designed to keep developing after birth.

Why should brains be born incomplete? 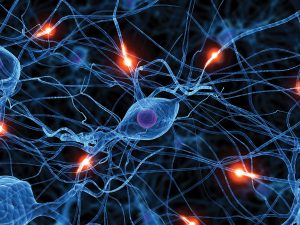 But brains are different from other organs.  They are intended to keep developing after birth.

The explanation for that lies in the size of our brains.  As humans got smarter and smarter over the course of evolutionary history, brains and thus heads got bigger.  They got so big that it became difficult for babies’ heads to fit through mothers’ birth canals.  This process is especially challenging because we are a mammal species that walks on two legs, which makes the tilt of women’s hips even more tricky for giving birth.

Were babies’ heads to get lodged in birth canals frequently, then mothers and babies would die in large numbers.  One evolutionary solution might be to have womens’ hips expand to accommodate the birth of large heads, but there is only so far that hips can expand before women can’t walk very well.

So evolution did a kind of a deal.  It said: “What if the baby were born before the head is so large that it is likely to get stuck?”  As a consequence, human babies are born earlier in the developmental process than most other mammal species.  Relative to other mammals, all humans are born premature.

What are the consequences of an incomplete brain? 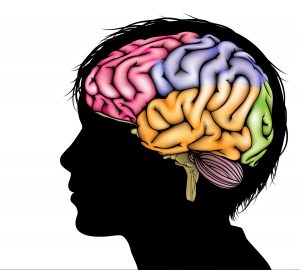 The advantage of a brain born ‘too early’ is that the brain is very flexible.  It can develop in ways that allow it to knit itself closely to the environment in which the baby finds him or herself.  A baby can learn to speak a particular language, with a local accent.  A baby can learn what actions draw other people’s attention and which actions don’t.  A baby can start to predict which events in his or her day will be scary or lonely or fun or reassuring.

The disadvantage of being born ‘too early’ is that it makes the brain very fragile.   The brain is so adaptable that it notices and is affected by everything that happens to the baby.  That’s not only the moments that feel safe, but the moments that feel scary as well.  We now know that brain development occurs more rapidly during the early years than will ever be the case again.  By the age of 3 years, approximately 90% of the final brain mass is in place.  As much as 70% of final brain mass is in place by the age of 1 year.  This means that a massive amount of growth goes on even before a baby can walk or talk!

Thus, the best time for shaping core emotional pathways in the brain is during the early years, before the age of 3 years.  This doesn’t mean that it’s all over by the age of 3.  Brain development continues until the early 20s, and even then it still has massive capacities to change and adapt.

But the brain will never again adapt as quickly and robustly as it does during the early years.  That’s why it is so essential that babies have good experiences of emotional connection from the time they are born.  Those experiences are being biologically wired into their neural pathways, their unconscious memories and their personality.

If you would like information on brain development, this video should be helpful: