What is the economic case for investment in the early years?  It has been strengthening for some time, but our societal awareness of this argument is still patchy.  It is therefore useful to look at the kinds of evidence now being used to support financial decisions relating to early years investment.

What is the economic evidence for investing in the early years?

The Nobel prize-winning economist James Heckman has provided some of the most convincing evidence for early years investment.  As a labour economist, he is able to draw on large data sets that provide robust financial models.  His data sets reveal that the earlier in life one invests, the greater is the rate of return on that investment, as depicted in his seminal graph.  The rate of return varies between approximately 1 – 3 and 1 – 15, depending on the outcomes one chooses to measure and the methods by which that measurement is carried out. That is, for every £1 that is invested in the early years, between £3 and £15 are saved later on.  If we examine a longer span of time, it is likely that returns increase further.  This evidence helps us to understand that where we are not investing in the early years, we are wasting money. 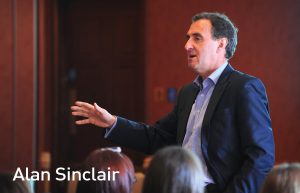 Another major proponent of early years economics is Art Rolnick, who served as Senior Vice President for the Federal Reserve Bank of Minneapolis in the USA.  He tells the story of being challenged to write a report on the financial implications of early years investment.  In the process of gathering the information for that report, he moved from being rather dubious about the early years case to being absolutely convinced.  With colleagues, he has developed innovative models for funding early years education programmes that have been transforming educational outcomes for children across the state of Minensota and beyond.

One further proponent of this way of thinking is Alan Sinclair, who held the position of Director of Skills for Scottish Enterprise. Seeking to understand what qualities businesses desired in employees, he came to realise that key social capacities such as emotional self-regulation, empathy and curiosity were established in the early years.  He began to explain to others that if we wanted a strong work force, we needed to invest in their development before they could talk, not once they were teenagers.

What biological evidence is there for early years investment? 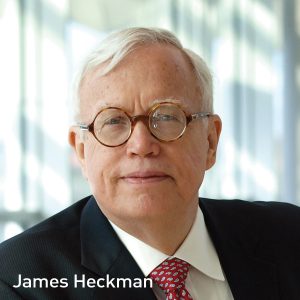 Is there good empirical evidence that what happens in the early years has biological consequences for what happens in later years?  If that were the case, we would be able to see better how economics could relate to human physiology.  The answer is yes.  There are now very persuasive research publications available.

One example comes from the US-based Adverse Childhood Experiences Study.  This study has shown that a wide range of serious heath problems in adulthood can be clearly associated with stress during childhood.  This 1998 study has had a massive impact on how public health agencies think about investing funds.

Another good set of evidence showing the biological changes that follow from the early years is provided by the Dunedin Multidisciplinary Health Research Team, based in New Zealand.  This team has been able to show, in a study now extending over 40 years, that children who are identified as being ‘at risk’ at the age of 3 years have a much greater chance of becoming involved in violence by their early twenties.  This means that society pays for children’s fear by having to fund prisons.

It is studies such as these that force us to realise that, as societies, we can spend our money in more effective ways than we do at present.

Is there governmental interest in this evidence?

What governmental agencies have taken on board these economic insights?

Australia was one of the early governments to begin integrating this information into policy, when, in 2005, they produced their report on a ‘whole of government policy framework for the early years’.  In 2010, the Scottish Government held a Enquiry into Preventative Spend, led by their Finance Committee.  In 2011, the Westminster Parliament in the UK produced two significant reports that examined the evidence for investing in early years intervention programmes.  In 2015, the White House in the USA produced a major report outlining the financial case for early intervention.

Other governments have also begun to engage with the early years science, bringing to it a wish for financial analyses.  Given the vast amount of empirical evidence that is now available on this topic, there is no longer any question that governments who fail to put early years thinking at the centre of their policies are wasting taxpayers’ money.

What is the new thinking called ‘Human Capital Theory’?

The combination of all this evidence has come to be known, in some quarters, as ‘human capital theory’.  The RAND Corporation has published Research Briefs on why such terminology is important.

The fact that such a term even exists signals the massive shift in thinking that has occurred in the last several decades. If we do not invest in our children during their earliest years, our whole society suffers.  Many people are not yet aware of the economic and human suffering we cause ourselves by failing to put the insights of early years science into practice.

If you wish to learn more about the economic case for early years investment, Art Rolnick’s TED Talk on this topic is very informative.